The Case of the Empty Bird Feeder

For a long time, I did not have any bird feeders because I was afraid I would be luring unsuspecting birds to their death. I finally decided to try it last summer, and found that there were no more casualties than usual (the cats will get one or two most summers, it seems, no matter what I do).

We enjoyed watching the birds at the feeders, so I decided to get some different feeders to attract different types of birds, which seems to be working. We get a constant stream of birds coming and going these days. 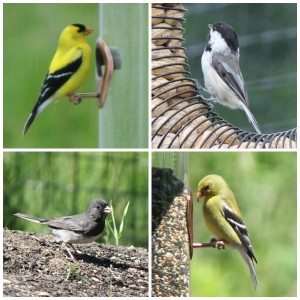 In addition to the usual birds, we’ve had mourning doves, and a pair of cardinals that occasionally make an appearance. 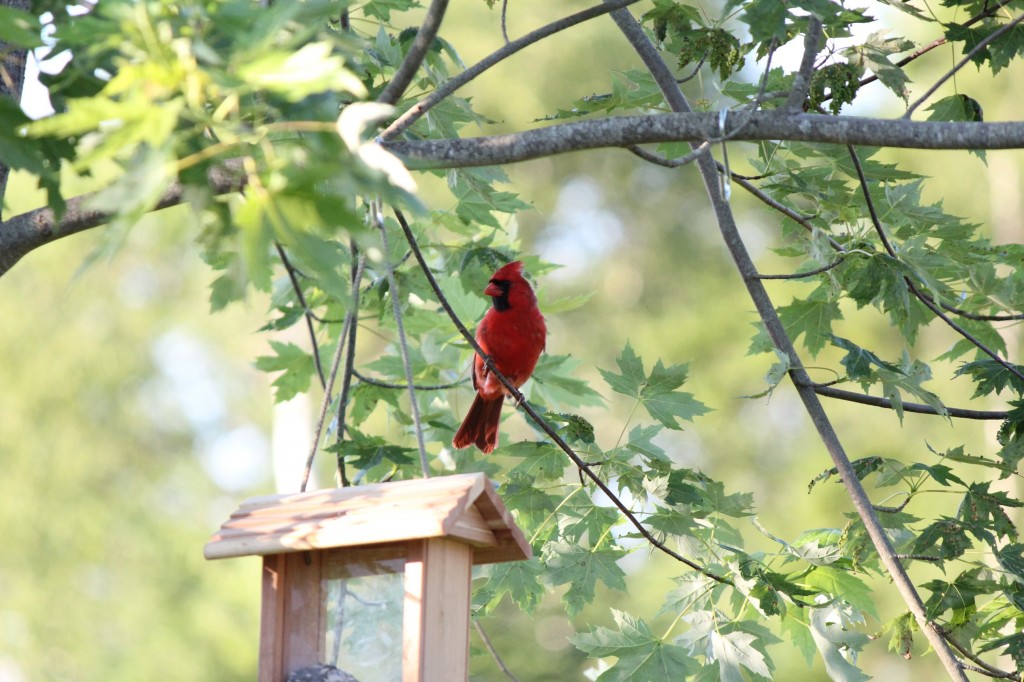 Costco had a pretty bird feeder for sale earlier in the summer, so I picked one up. I got it home and realized just how huge it was; I thought I really don’t need a feeder this big! But I decided to give it a try. I only filled it half way because I was afraid it would be too heavy. And the next morning, the feeder was empty.

Thursday after work, I filled it about half way. Then I went about my business, doing some things in the house, getting dinner started. About two hours later, I happened to look out and the feeder was empty. I decided it was time for a stakeout. Friday was my usual work from home day, so I filled the feeder around lunch time, grabbed my laptop, and parked myself by the living room window. 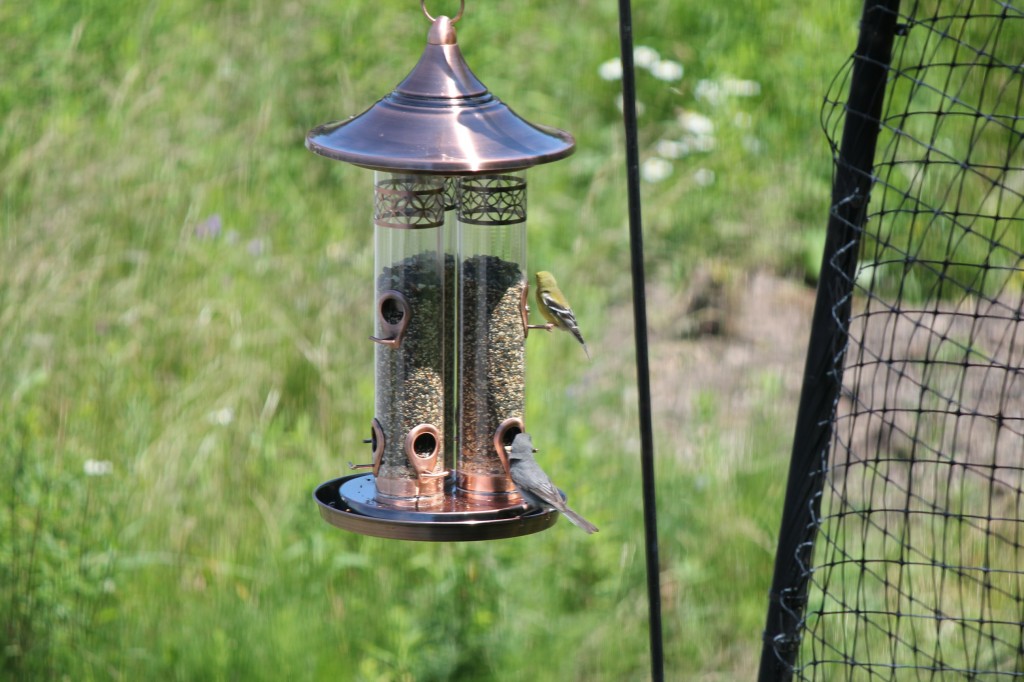 The birds came, and went all afternoon. Our squirrel was back. It was a very entertaining afternoon, but I saw no clues to help solve my mystery. Friday evening, I took my kindle and my camera out to the yard. 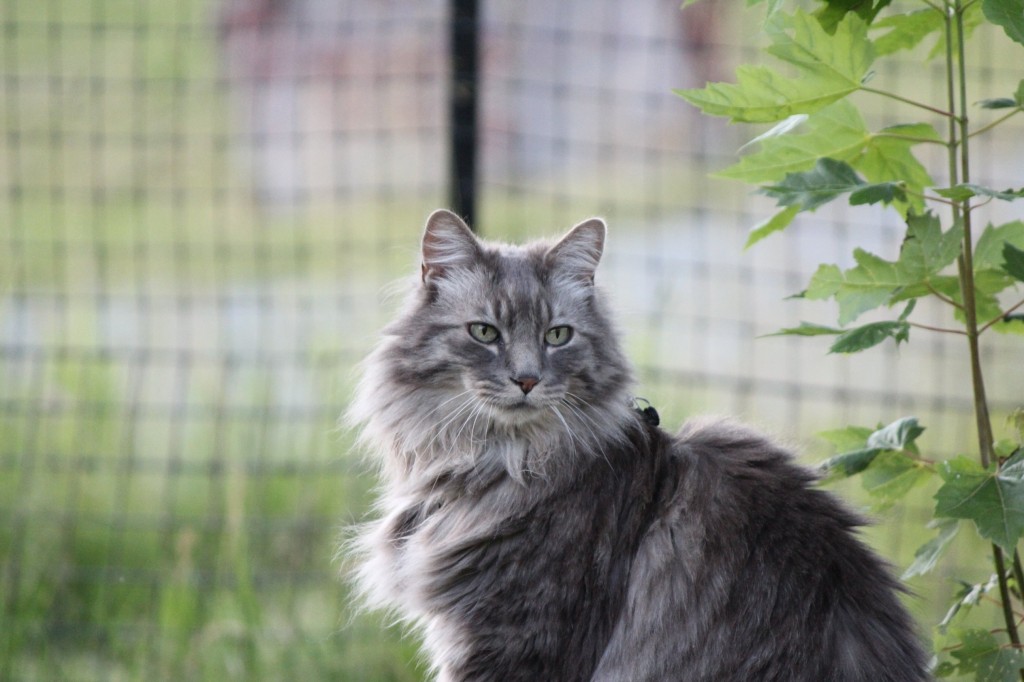 Frank and I spent a pleasant evening relaxing, we saw birds,  a butterfly, and deer. I told Cory I felt like I was in the middle of a Disney movie.

I managed to capture the Cardinal (above) on my camera. Up til then, we’d mainly see a red blur fly over and say “that must be the cardinal.” We’d seen the female hopping around on the lawn, but too far away to get a good photo. I saw a hummingbird a few times, but was never ready with the camera.

Finally, it was time to go in for the night, and the feeder was still plenty full.

Of course, the next morning it was empty. So I filled it again, with the last of my bird feed.

Saturday evening, I went back out in the yard. I actually managed a photo of the hummingbird. My chair was farther away from the honeysuckle, I think the night before I’d been too close; the hummingbird came back several times, but wouldn’t stay. Last night it went right for the honeysuckle blossoms. 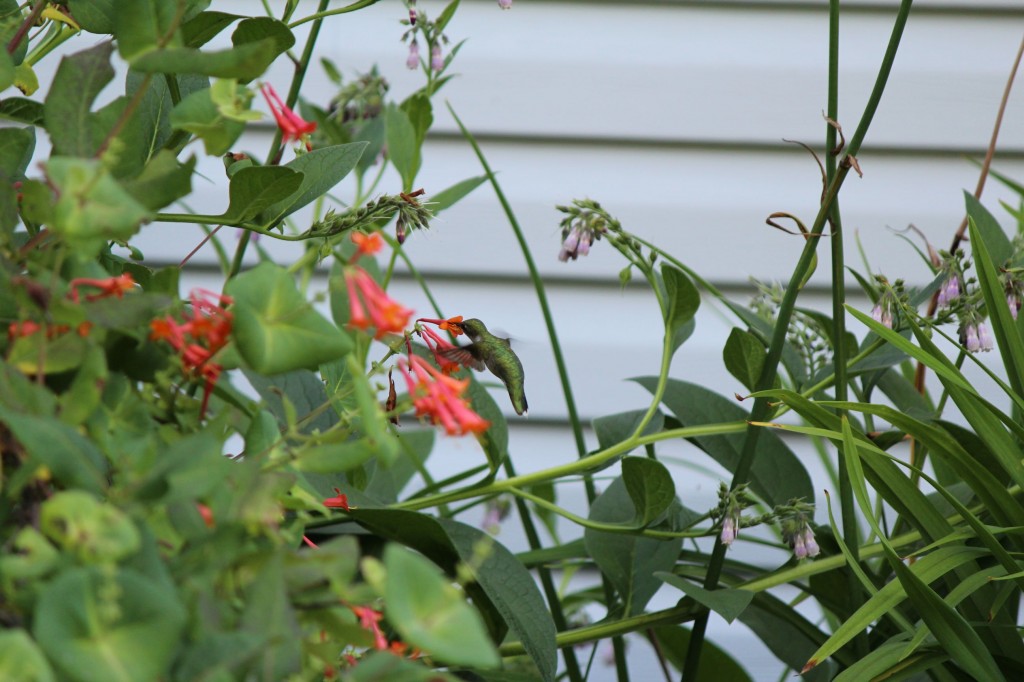 Our squirrel was up a tree and refusing to come down. I looked around and discovered Zappa napping under a bush. Smart squirrel. Zappa left, but it took the squirrel a long time to come down. 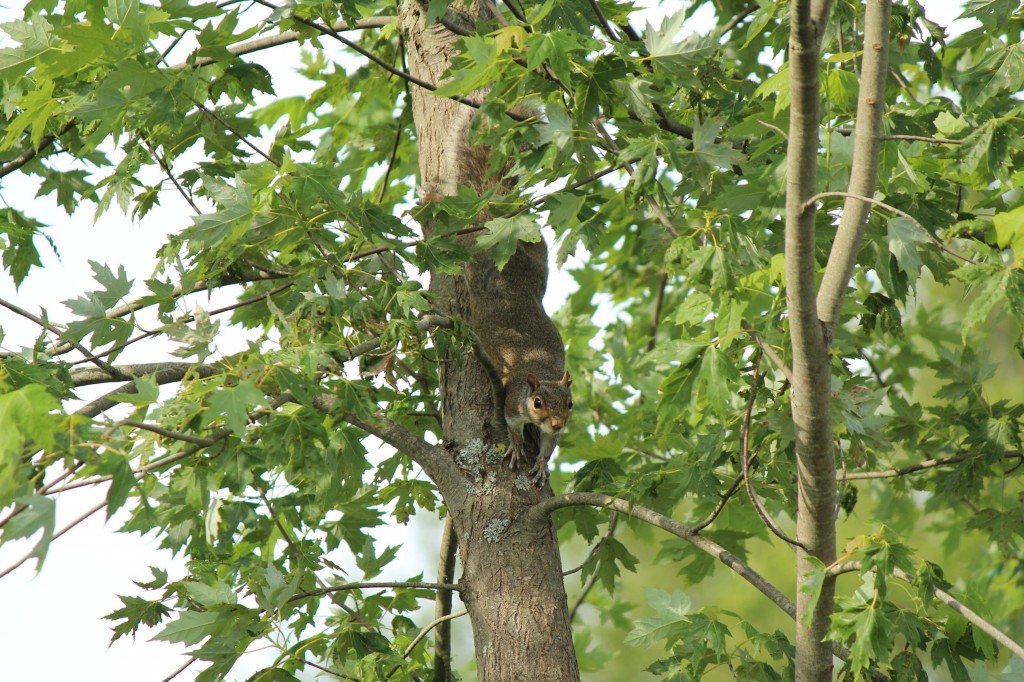 Eventually, Frank came out and let me know the he wanted me to come around to the front of the house. My cats have me very well trained.

So I brought out a lawn chair and settled in the driveway while Frank snoozed on the front steps. 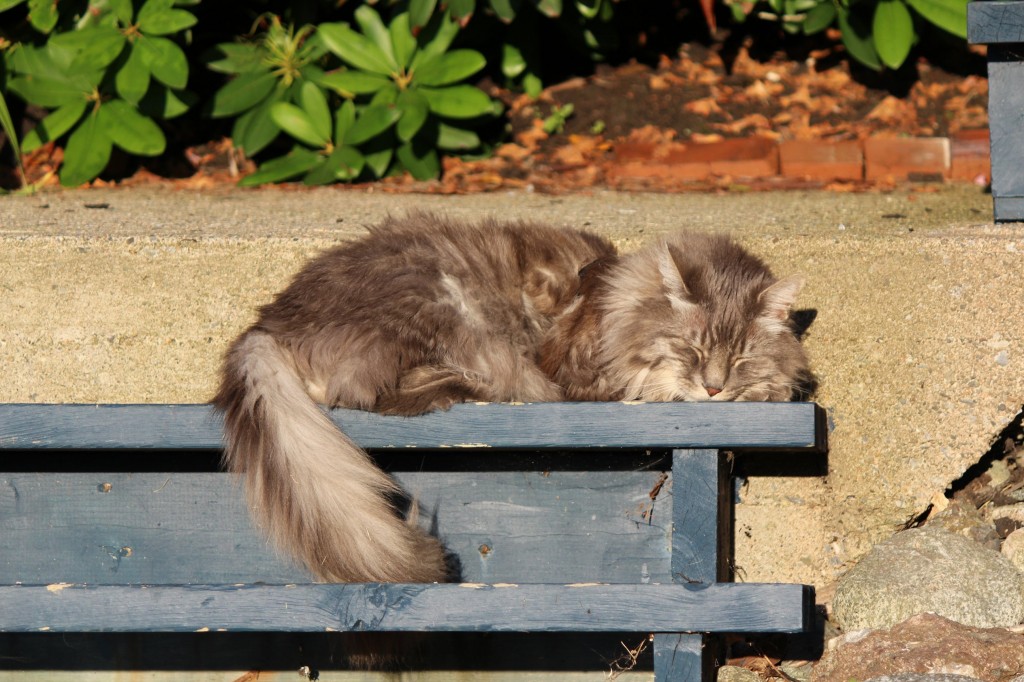 The light was actually better from this side of the house, since the sun was setting behind us. I was hoping maybe the cardinals would come back and be more cooperative about posing. 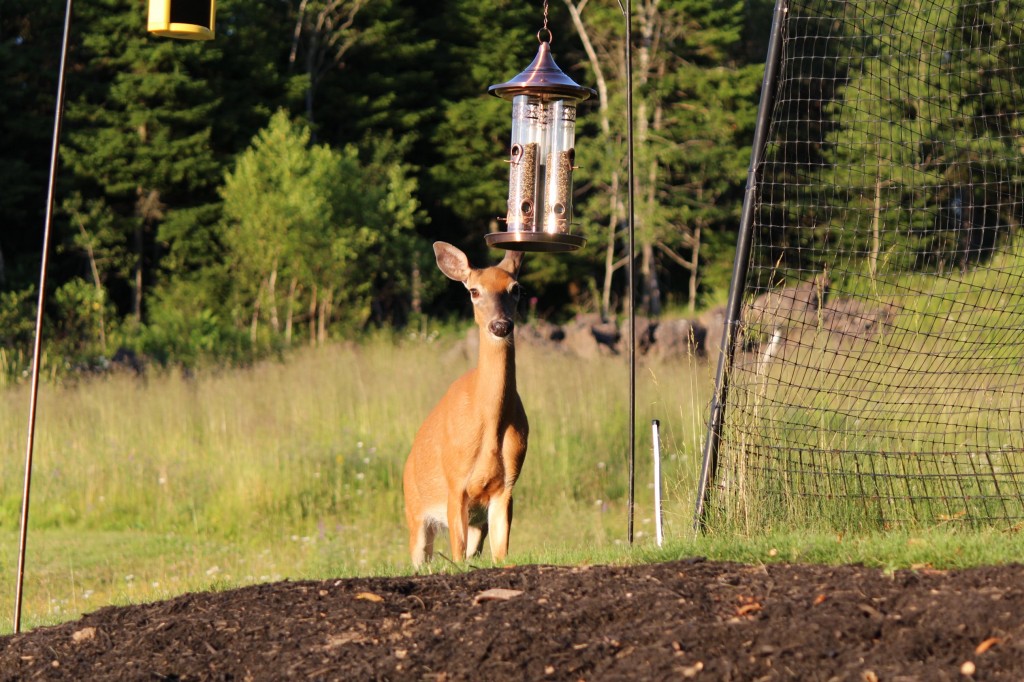 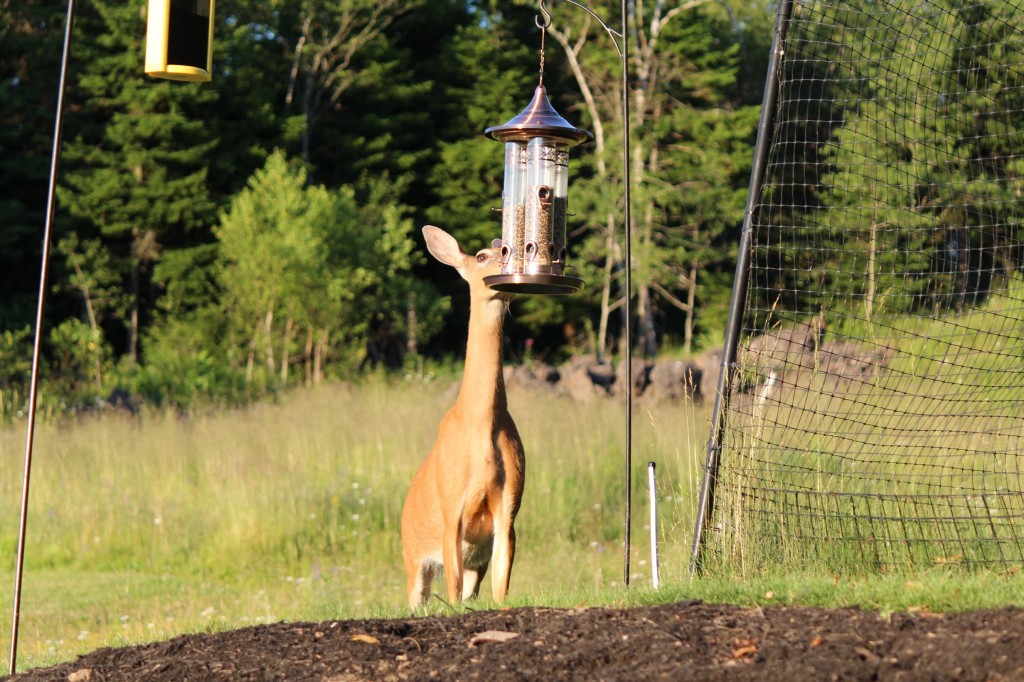 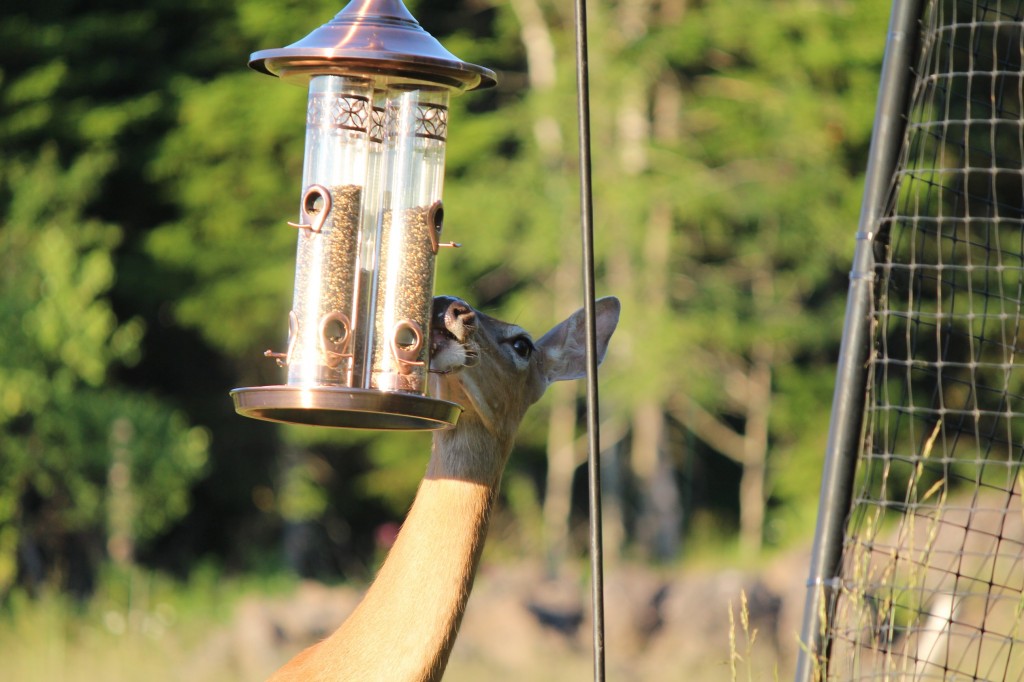 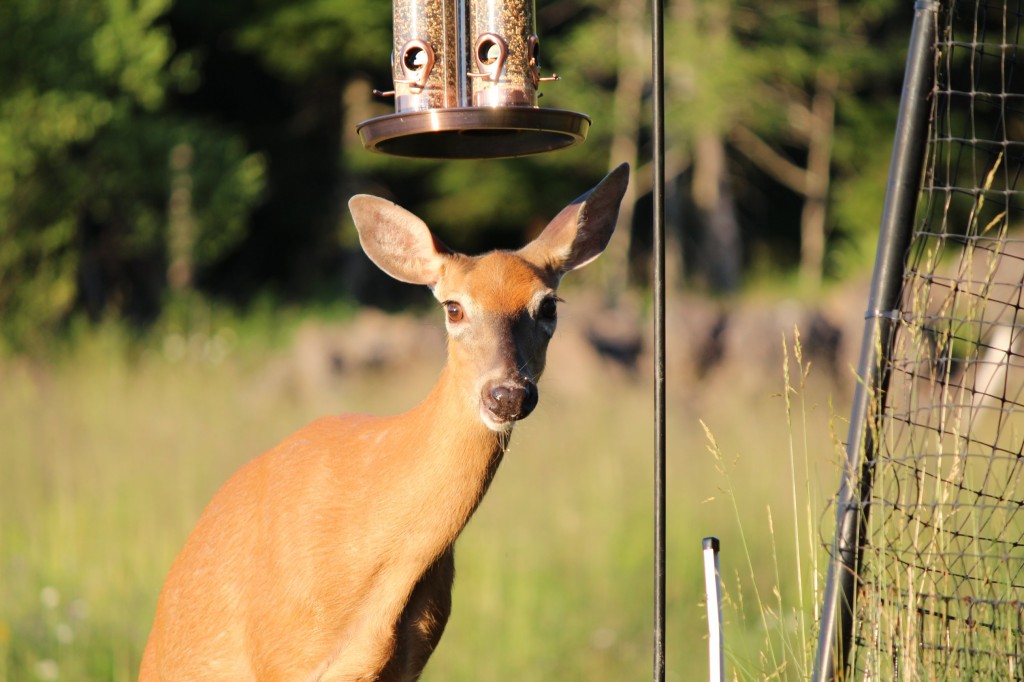 Based on the time stamps on the photos I took, this deer stayed for at least 4 minutes. It would stop and look at me, but I was staying pretty still in my chair, and that must be some tasty bird seed. She was finally spooked by Zappa walking around my chair, yowling for attention, and ran off across the street. 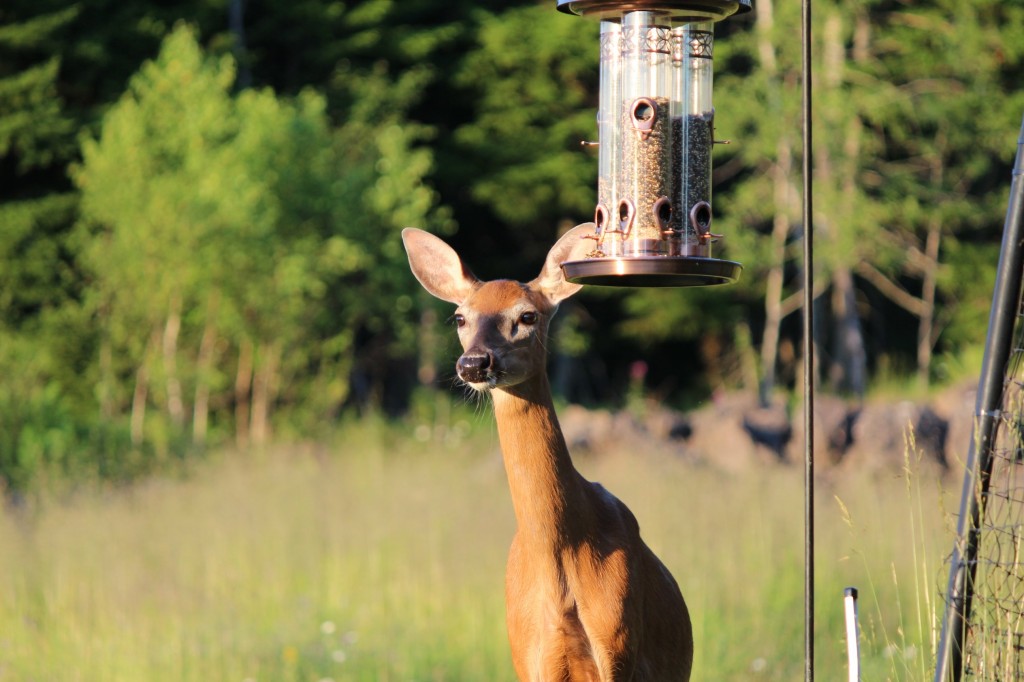 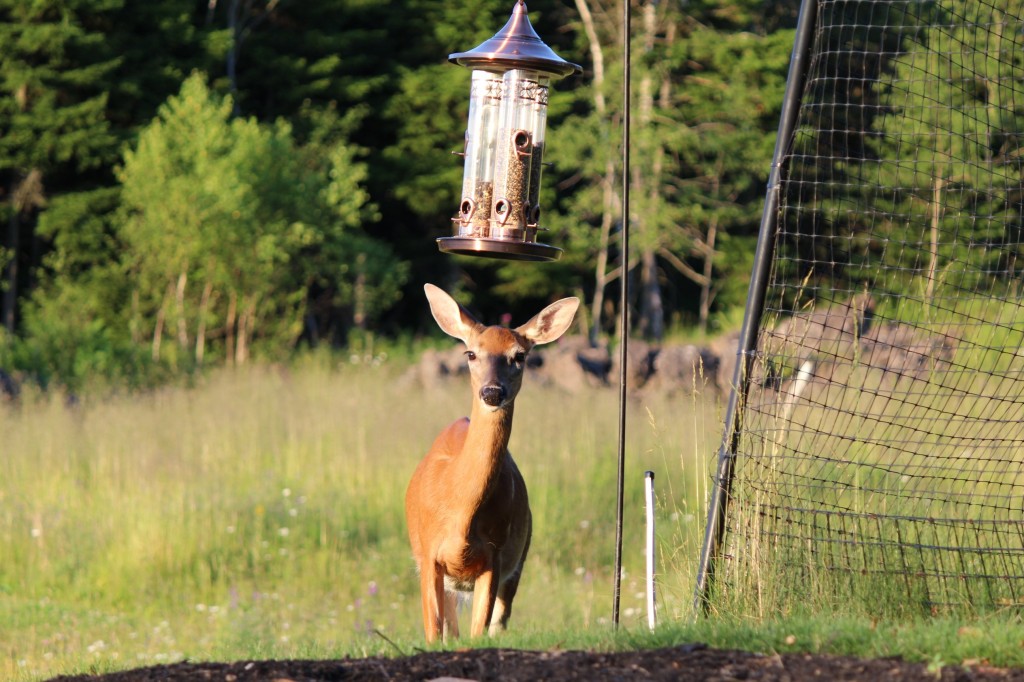 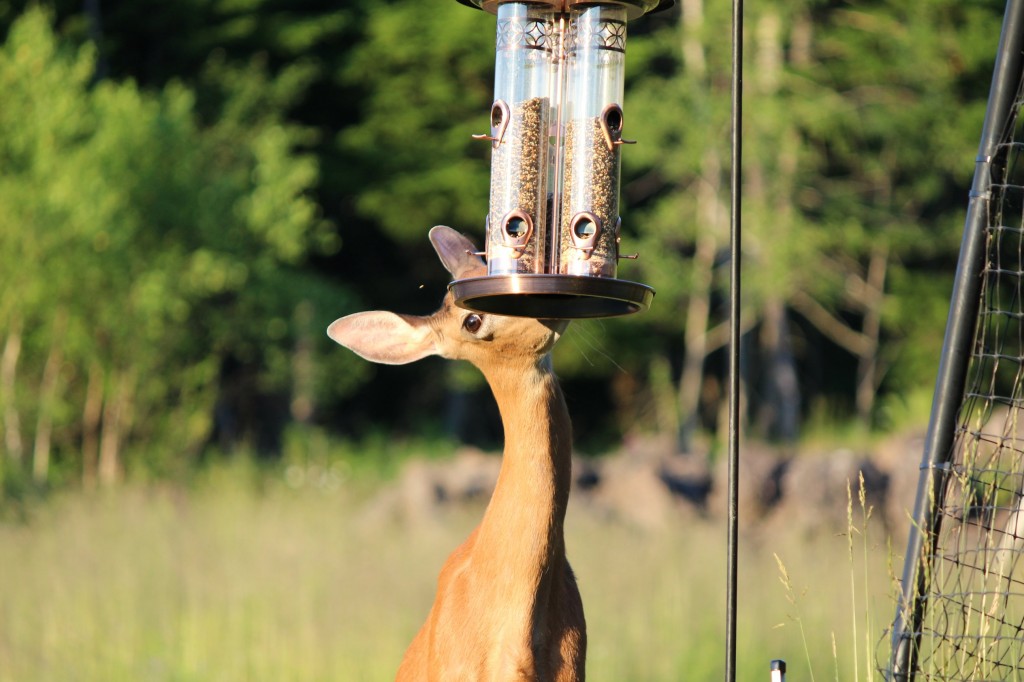 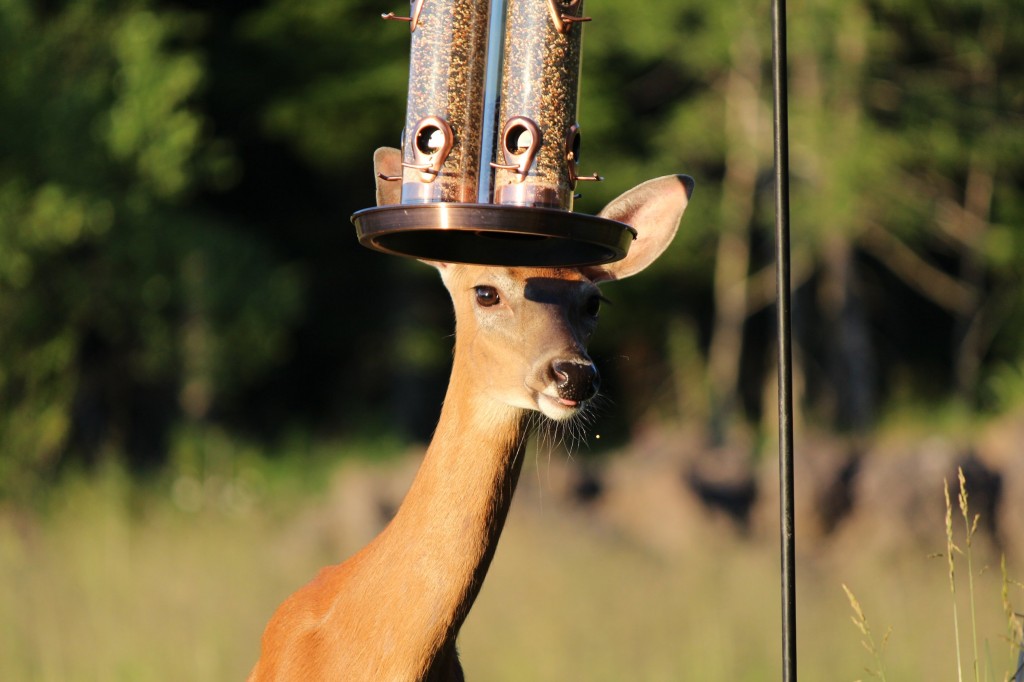 So mystery solved. I thought I was buying a bird feeder, but apparently I purchased a shiny deer feeder. And, predictably, the feeder was empty this morning.

This entry was posted in Deer, Garden 2013, Uncategorized, Wildlife. Bookmark the permalink.