Still with the cold rainy weather and frost warnings. It’s like we just can’t spring this year.

We get the odd sunny day (or patch of sunshine in an otherwise gloomy day). I’ve been home sick for most of the week. There was one afternoon that looked so nice and sunny from inside, but when I opened the patio door, I was blasted with cold wind.

We had some nice weather yesterday. Honestly, it’s all a blur, so I can’t say what the whole was like, though I have a vague feeling it was wet in the morning? But I was out for a short time in the evening, and the sun was out. Definitely needed a sweater, but I’ll take it.

I had ordered some plants from Vesey’s, and when I picked up the mail, they were there waiting for me. Oddly, I went looking for Bee Balm, and I ordered Bee Balm, and they had to cancel that because they didn’t have enough stock. But, I got my Pink Lily of the Valley, and a Cone Flower, so I went out to stick those in the garden and hope for the best.

Isabelle loves it when I come out to play. She was chasing the dirt while I was digging, and briefly attacking my poor cone flower, but there was no damage done. She loves the dirt, and the mulch, and she’ll wrap her front paws around plants with this completely wild look in her eye; it’s hilarious.

Anyway, I decided to hang out with her a bit, and dig some more weeds (I dug a few when putting in my new plants). I saw a bumblebee buzzing around. I’ve always liked bumblebees, but I’m extra happy to see them these days. I’ve been seeing lots of articles about what to do for bees, including letting your dandelions grow. We have plenty of those around right now, and I’m happy to let the bees have them.

Today is actually really nice. Still windy, but sun-shiny and warm. I was noticing there are lots of runaway robins growing around one of my baby lilac bushes, and thought I should probably pull those up….Then thought, they are flowering, so I should leave them for the moment, for the bees; the next thing I know, there is a bee flying around visiting the little purple flowers. So I guess I can put off weeding for a bit longer. 🙂

It’s not too bad out there right now; there are the dandelions and runaway robins, but also forsythia and phlox in bloom; wild strawberries are starting too.

It would be a great day to get out and do some gardening, but I’m still not feeling great, and not sure I can trust the weather anyway; forecast for next week is looking like lots of rain again, though at least the temperatures are supposed to stay above zero. So far. 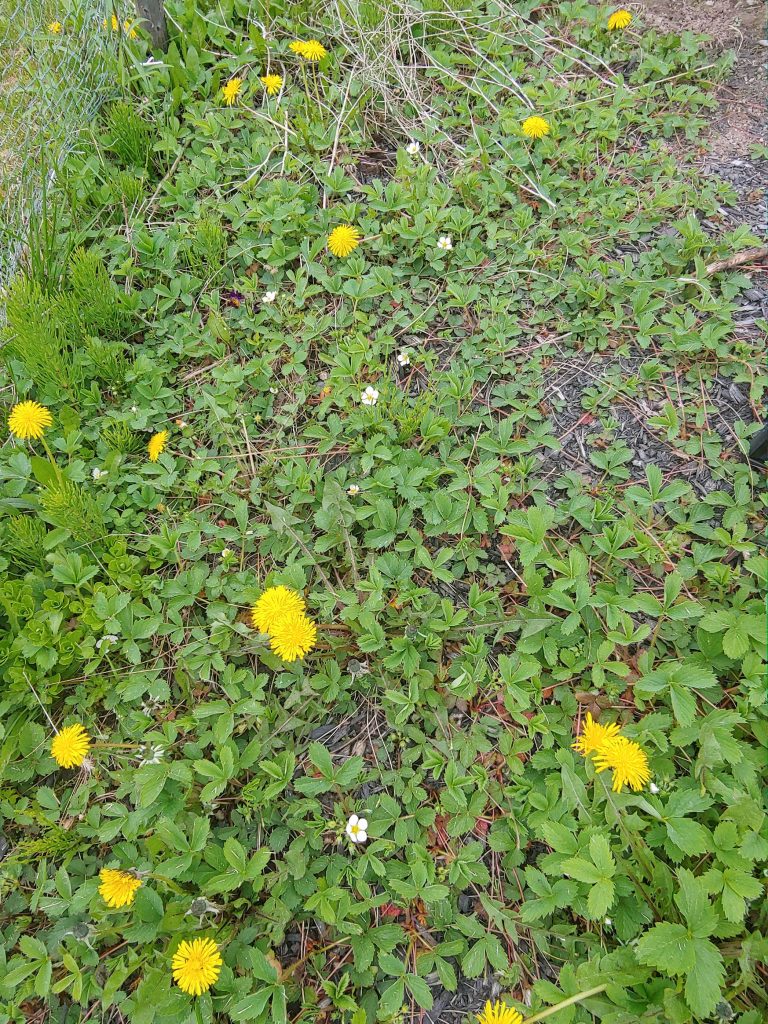 Weeds for the bees… 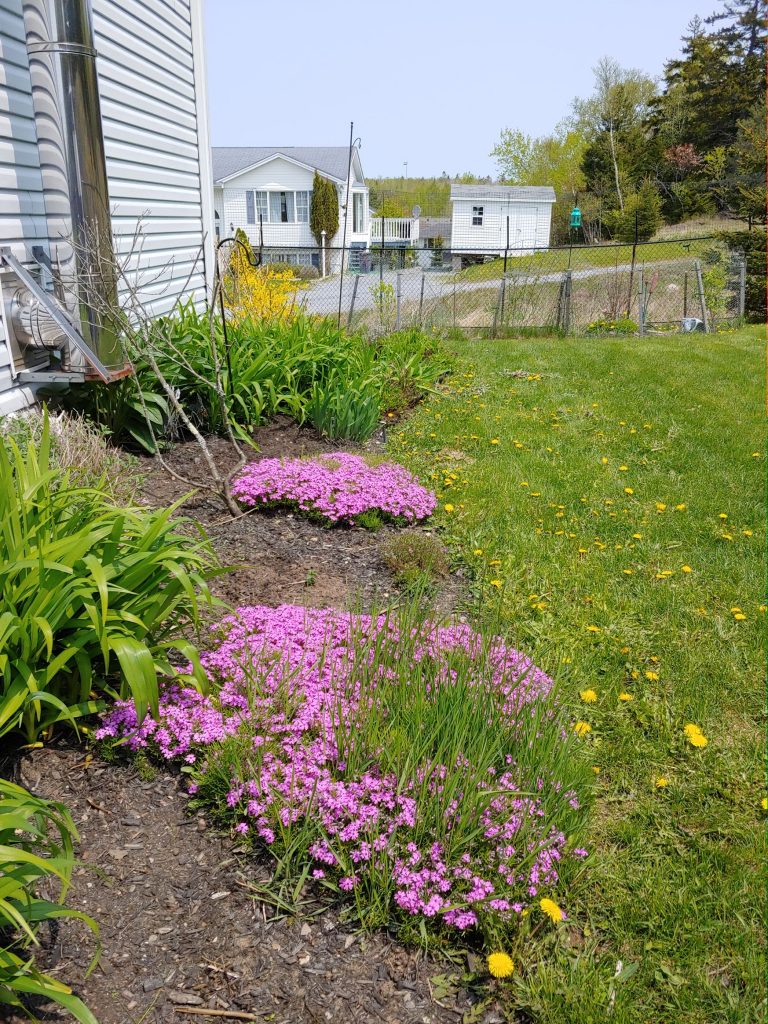 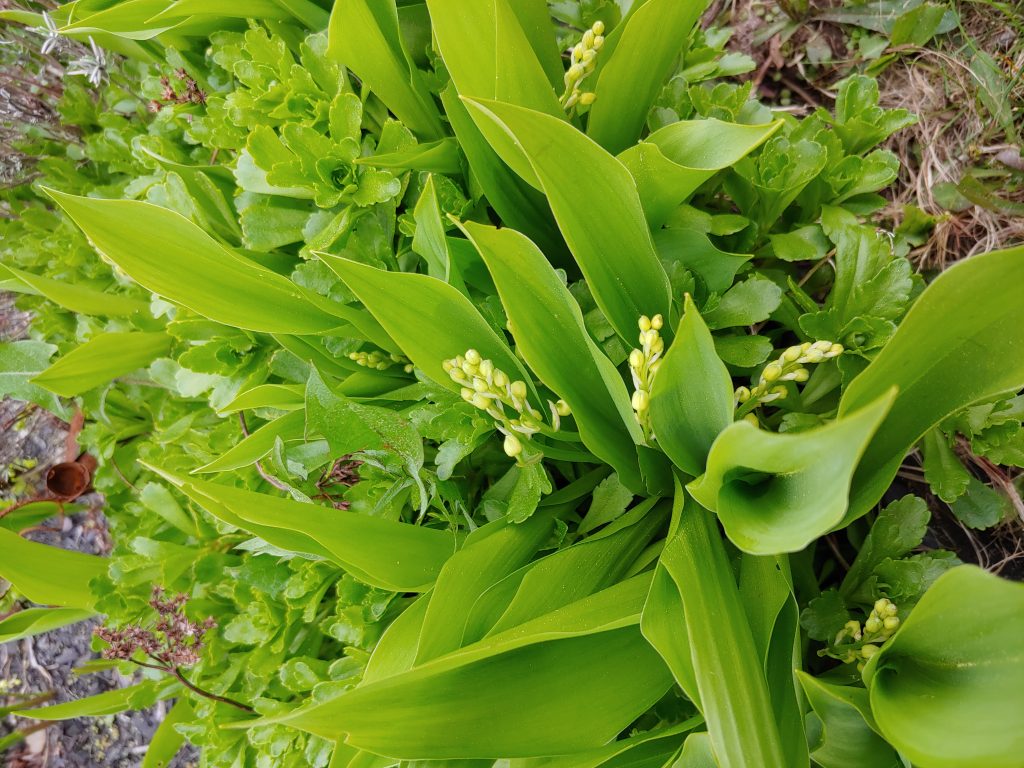 Lily of the Valley coming soon 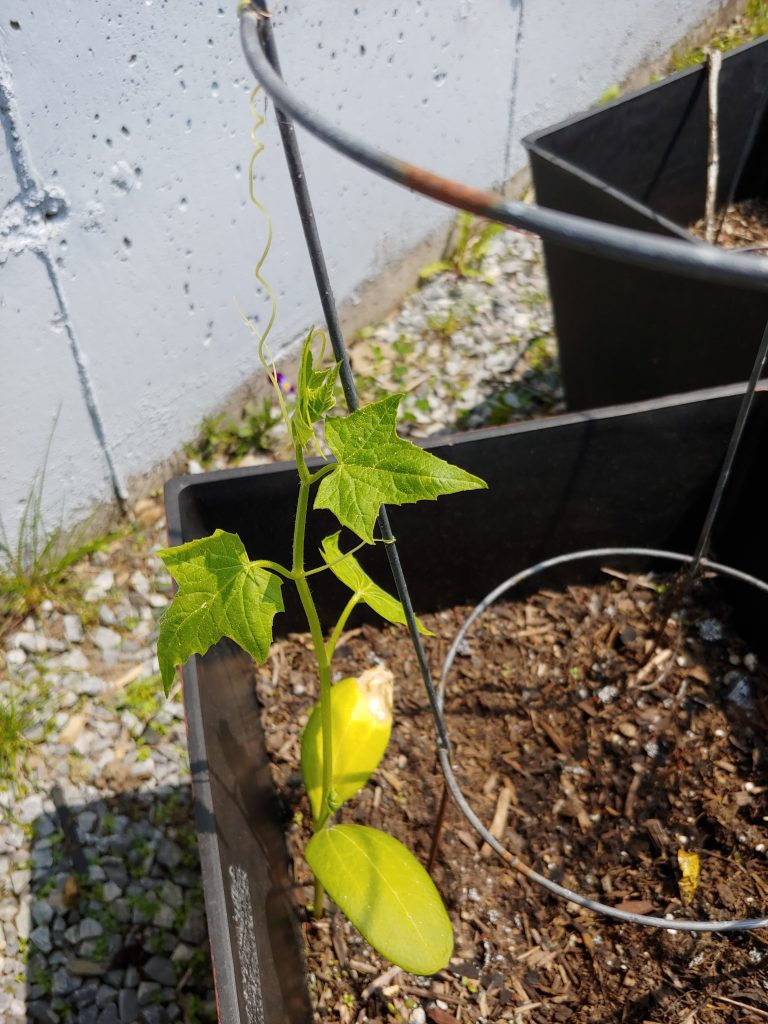 Mystery sprout that came up on it’s own. I’ve been watching and waiting and I think it’s a bean plant? 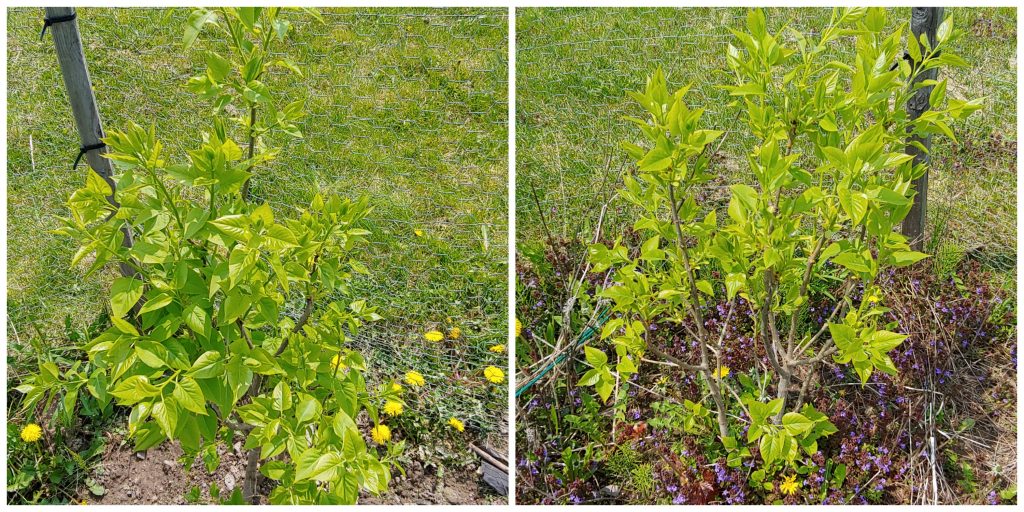 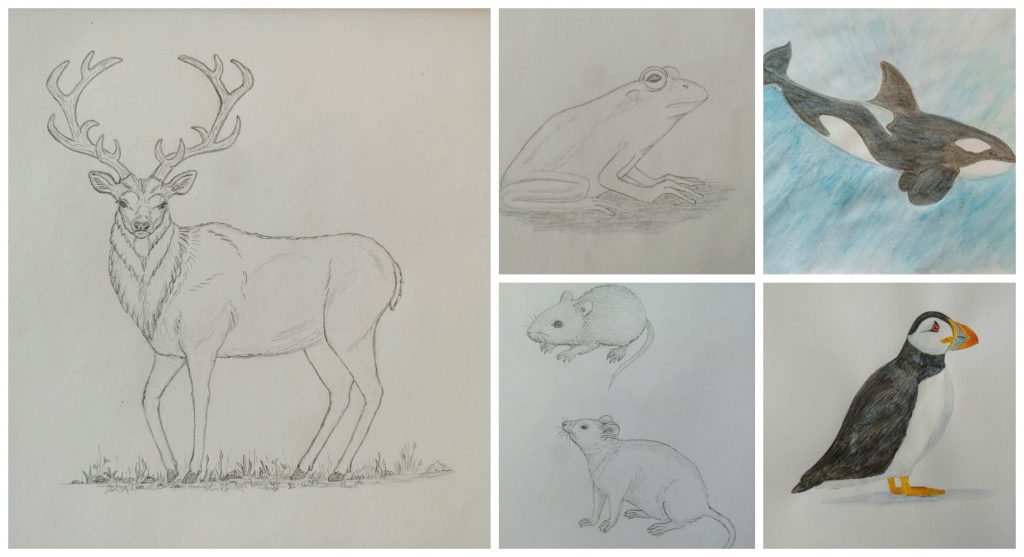 Drawings of the week

This entry was posted in 2019, Uncategorized. Bookmark the permalink.