Now that it is almost the first weekend of October…Ahem!

Last Saturday was really busy, so I didn’t get out to the garden at all, but I had it in the back of my mind that it was time to dig up the rest of the potatoes. So my agenda for Sunday was all set.

The second potato tub was not looking too good by this point…Those plants were done. 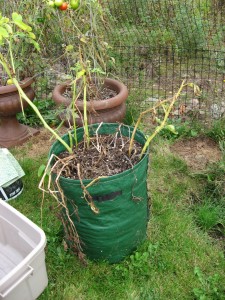 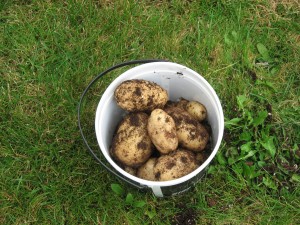 While I was at it, I picked a lot of the tomatoes that were left, along with some peppers and onions. Never sure what’s going to happen with the weather this time of year – they’ve threatened frost a couple of times already, though it hasn’t happened yet. 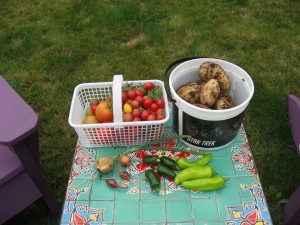 The cats were hanging out with me, of course. 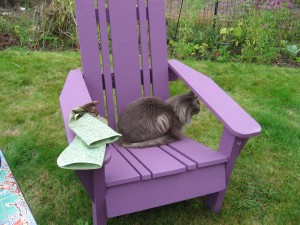 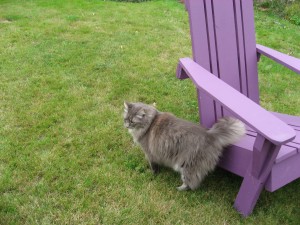 When I was finished in the yard, I picked the rest of the tomatoes from the container on the deck. Those plants are looking pretty much done too. And a few more peppers and an onion that was growing in a pot. 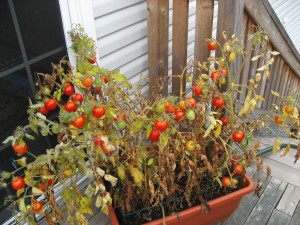 Those two little plants gave me a whole lot of tomatoes. Small tomatoes, but nice ones. 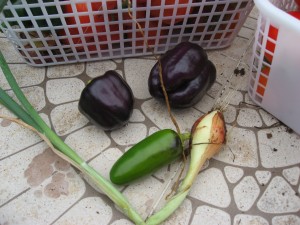 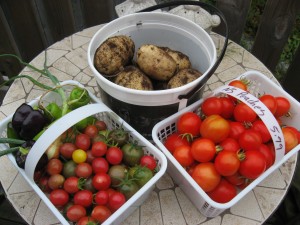 Sunday afternoon, my kitchen table was looking like this: 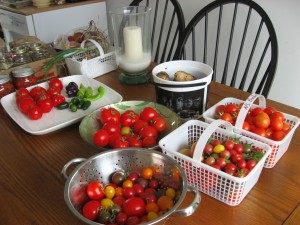 What’s a girl to do? Make Salsa! 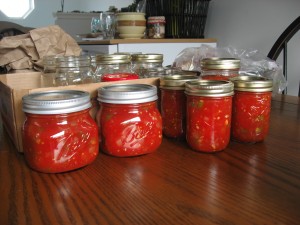 The weather actually stayed really warm this week, though we haven’t had much sun. But hopefully I’ll still have a few more tomatoes to pick, and there are still carrots out there too.

This entry was posted in Garden 2010, Potato Experiment, Tomatoes. Bookmark the permalink.