Hey, remember when I used to paint? And post stuff? There hasn’t been a lot of that lately…

We had an unusually busy summer. It was a whole lot of fun, but tiring and somehow there just never seemed to be time for…a lot of things really.

I did try doing some painting outside, since I have to baby-sit Isabelle out in the yard. She developed this habit of going over the fence. So, I have to hang out in the yard with her. For a while, she seemed to be behaving as long as I was around. 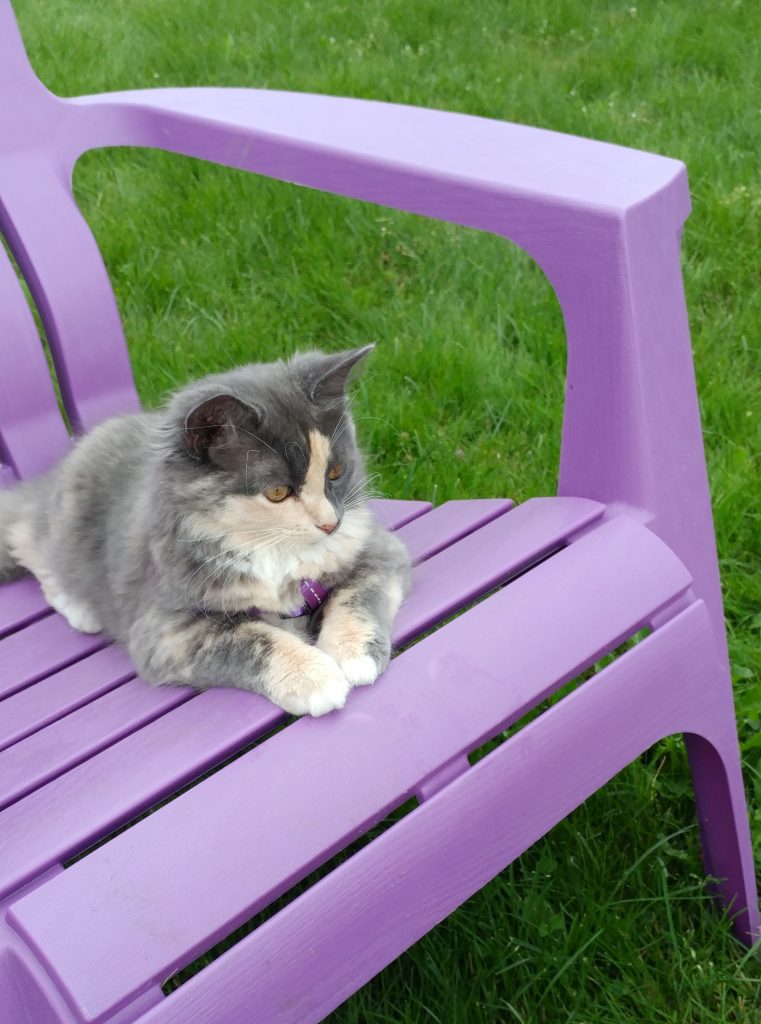 I had been thinking about trying to do some outdoor painting; I was somewhat daunted by the logistics of the whole thing, so I had been putting if off. This seemed like a good time to try though, so I put together a little kit for myself and gave it a try. Three out of five tries, I ended up with a painting. The other two times I didn’t get any further than background colour on the paper.

It is a very different experience. I had to work very fast; I wasn’t sure I liked the feeling, to be honest, but it gave me a chance to do some painting. I did not produce any masterpieces, but there were things that I liked about each one, and things that I learned, which was kind of the point.

But, I gave up on that when it got to the point that I had to follow the cat around the yard at all times to [try and] catch her before she went over the fence. Good times…

Autumn has rolled around again. It is just recently started to cool off…Getting a little too chilly to be comfortable standing around the yard, but Isabelle still needs her fresh air.

You can see interesting things when all the leaves have gone from the trees. 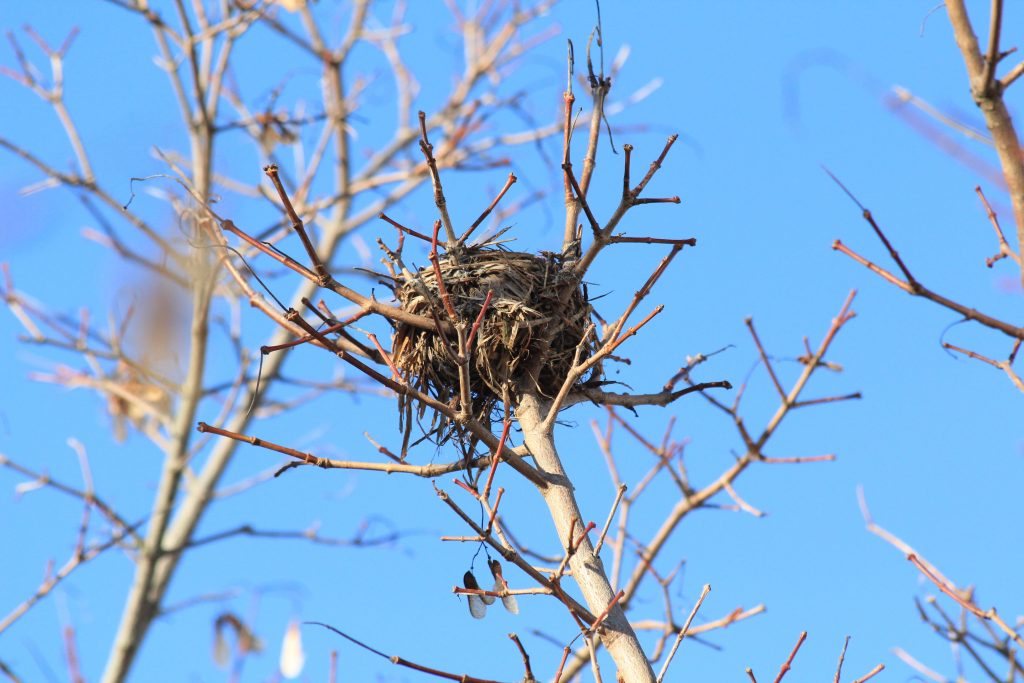 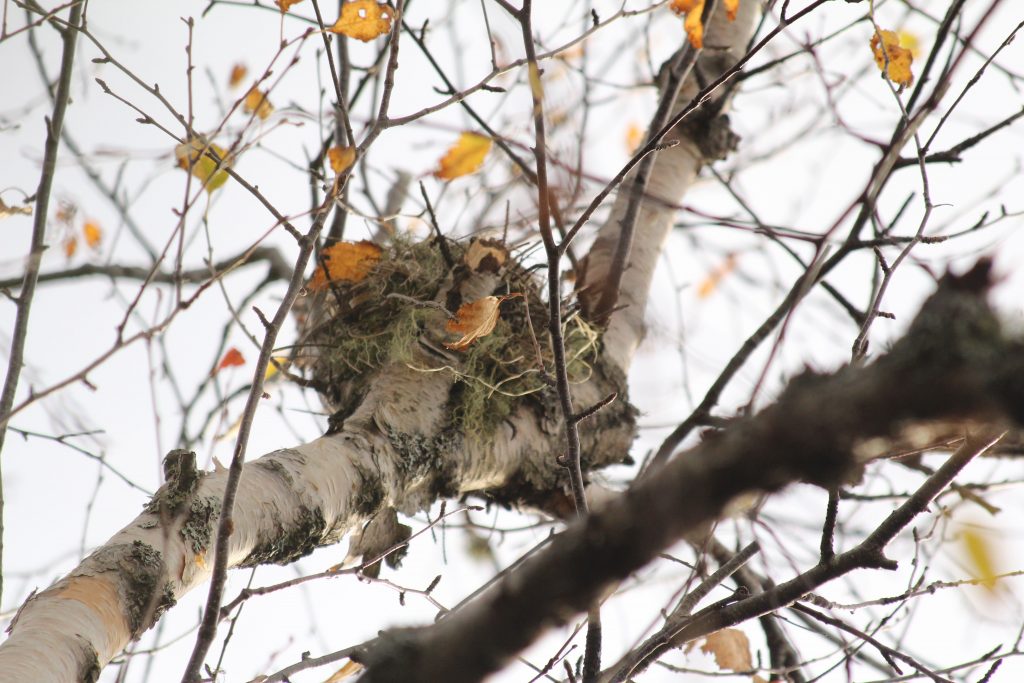 I have been coming home from work, changing my clothes and taking Isabelle out. Normally, after work would be my workout time, but I haven’t quite worked out how to fit it in with my cat supervising duties. Then, lately, my knee has been giving me a lot of problems, and I have gotten to the point that I am afraid to start exercising again until I get it checked out.

Work has been stressful, and I’ve been tired a lot. Last fall & winter, I found that painting really helped me a lot. I was having a hard time dealing with losing both of my cats. Painting seemed to have a calming, relaxing effect. It takes a lot of focus, it is absorbing and enjoyable.

I was finding it hard to get back into it again, though; where to start? Like so many things, that first step is the hardest. So, I picked up a book that I remembered seeing a while back on creating small paintings. 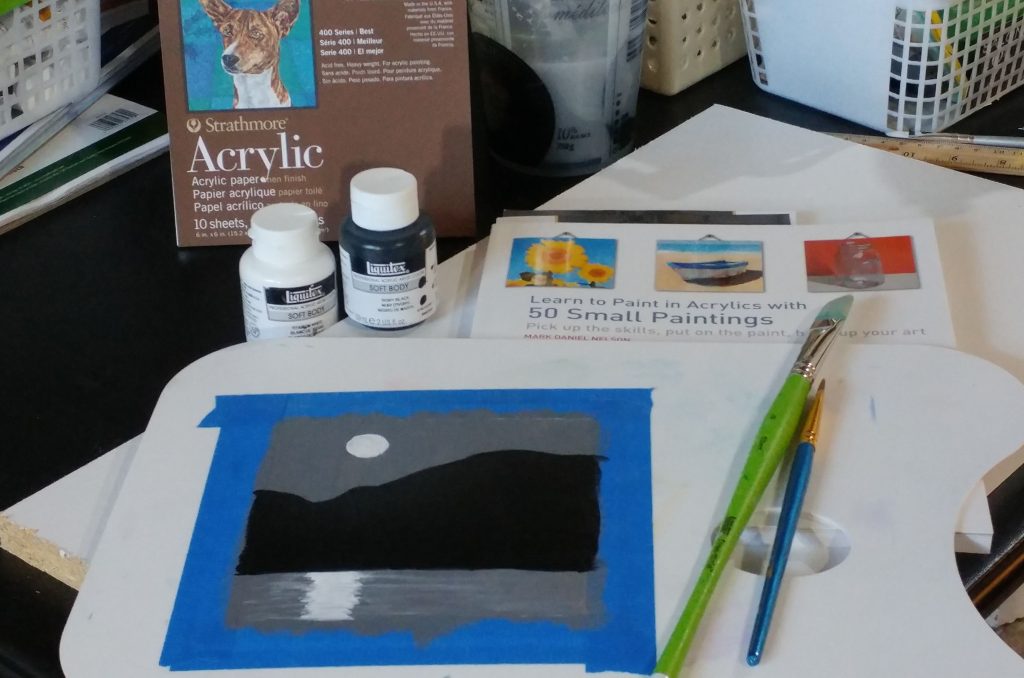 Which means that I am back to copying stuff again, when I had wanted to start doing my own paintings, but… 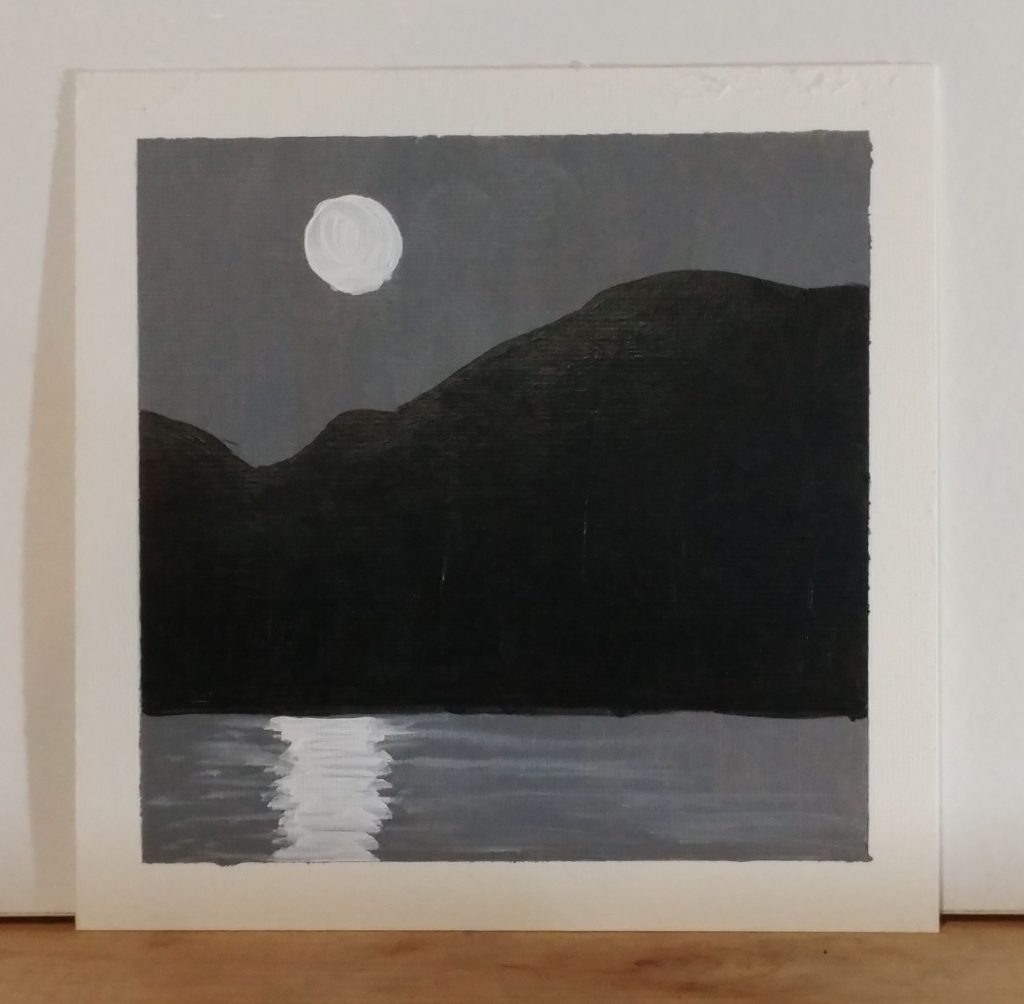 I am able to complete a small (5″ x 5″) painting each time I sit down. It is very low stress, and relaxing, which is what I was looking for. 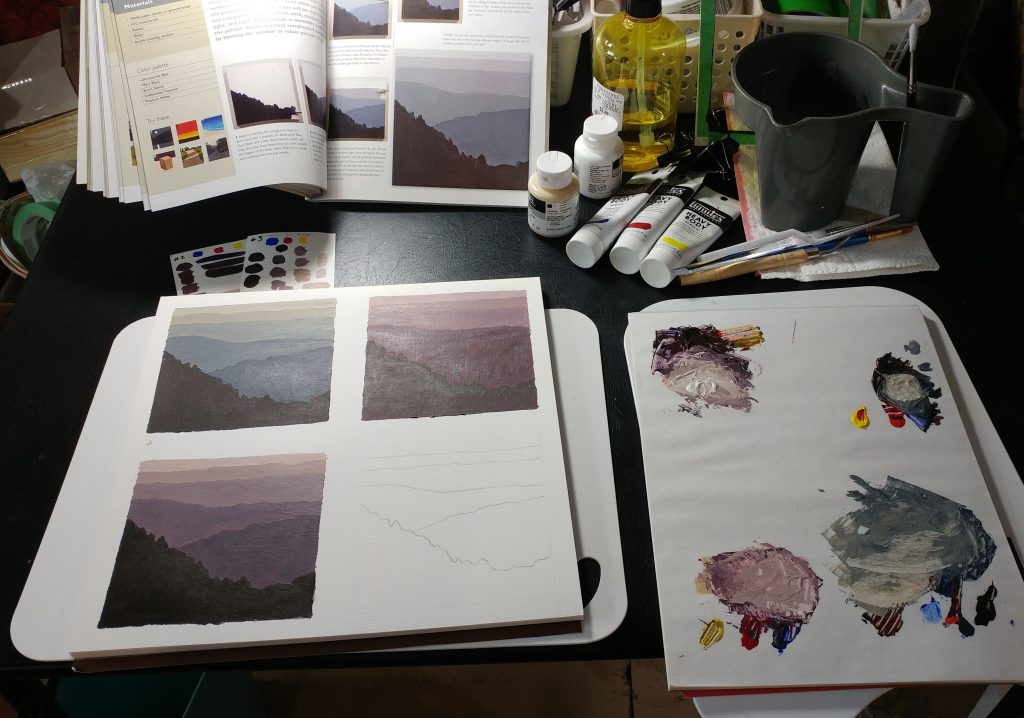 It took the pressure off. It’s giving me a chance to play around with my paints.

I’ve been feeling less stressed which is maybe a coincidence. Or maybe this is what I needed.

This entry was posted in Art Diaries, Painting. Bookmark the permalink.