End of an Era

A Year Ago Today

Oct 31st of 2016 we lost Zappa. I felt like I wanted to write a post in Zappa’s memory, as I did for Frank, but somehow I could never quite do it.

So it’s been a year. I’m not completely broken, but maybe not 100% healed. I adore my Isabelle, but I confess I have been missing my Zappa hugs lately. 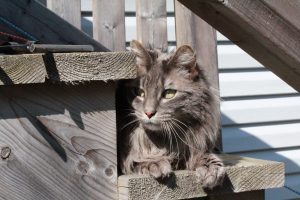 I’ve been trying to write this post for a while, but it seems the words don’t want to come.

Frank and Zappa came to us just a couple of months after we moved into our new house in May/June 2002, which was only a short time after our wedding on December 31, 2001. They were with us for 14 years, almost all of my memories of being in this house include them. 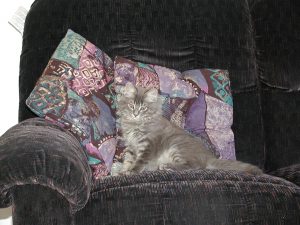 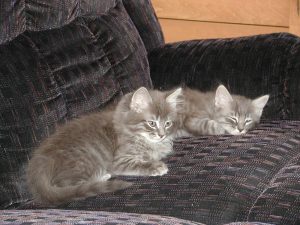 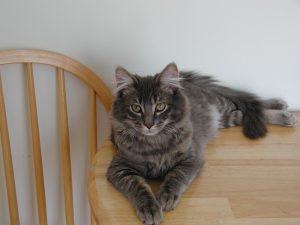 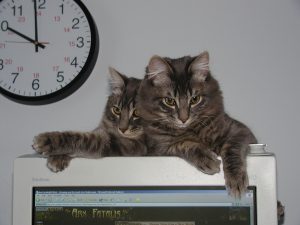 Zappa was the first to sleep on my head, though that later became Frank’s thing. I woke up one morning to find Zappa sleeping on my pillow, basically wrapped around my head: front paws down one side of my head, back paws down the other side, body across the top. In the beginning, they could both manage to cuddle up to my head – and each other – but eventually Frank got the pillow, and Zappa would just sleep on top of me – chest, stomach, legs – whatever struck him as the comfy spot of the moment I guess. More than one morning I woke to Cory telling me how amused he had been during the night, seeing Zappa poke and paw at me until I rolled over onto my back so he could claim his spot. 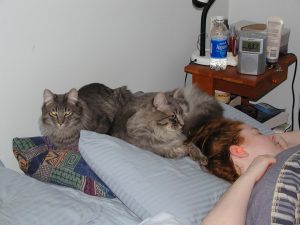 Zappa was usually the harder one to take photos of. As soon as he knew you were paying attention to him, he would come running. 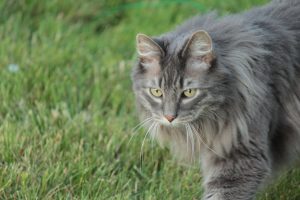 Zappa was my lap cat. I used to call Frank my Problem Child, and Cory called Zappa our “happy, well-adjusted cat.” I called him the Treat Monster; loved his cat treats, that cat did.

That’s what I was doing, in those last moments; I was getting ready to go to the store and buy some cat treats because we were going leaving the next morning for 5 days, and I’d realized we were out of cat treats. Can’t go off and leave the cat sitters with no treats for Zappa. 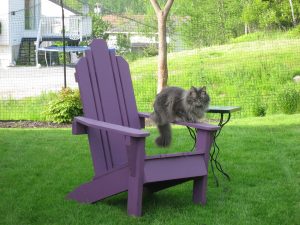 We’d had a good day. Zappa woke me up first thing for his treats and breakfast. We were on our first day of vacation. Zappa had his breakfast, his morning nap, he went outside, he came in for cuddles – a day in the life. I carried him around on my shoulder, which was one of his favorite things; he loved to be picked up and held. I sat on the love seat with him for more cuddles, and when he’d had enough from me, jumped down, ran across the room and jumped up on Cory’s chair for cuddles from his other human. And I thought: what will I do when I don’t have him anymore?

The vet had given him a thorough checkup after we lost Frank. He was on medication for his thyroid, and it seemed like he was doing well.

I had just bought a new pet fountain, because a piece broke off the old one. It was still running, but I thought I should get a replacement before it gave out. I hadn’t even set it up yet, but Zappa was happy to check out the box.

I worried about going away and leaving him alone for 5 days, but I always did worry and our cat sitters were excellent.

It’s so hard to say good-bye. 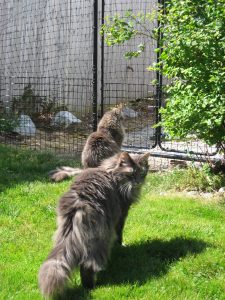